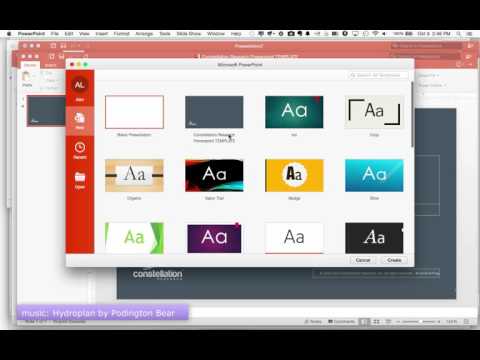 Hi there; I've had a problem recently creep on a couple users' Macs that I can't seem to troubleshoot. When the user tries to open PowerPoint, the application bounces in the docks and then does nothing. It is limited to the user profile, as any other user on the same machine does not have the issue. No error message is displayed. Mac os x yosemitete iso for vmware workstation. I've tried reinstalling the app and moving MicrosoftRegistrationDB.reg out of the Group Containers folder, along with the various other.plist files. I've also tried running the updater to install the latest updates. Both machines I've encountered this with are running macOS 10.12.3 and are running Office 15.31 (updated to 15.32 as part of troubleshooting process). I've been renaming the user profile and having the users create a new one and then moving their files back over - which is not an ideal solution but works for now.